You won’t forget the first time you heard The Rua. It will be on a day such as this when nothing feels right and it seems like as good an idea as any to fill the silence with reason. Songs very rarely make you stand up and sing but Fight For What’s Right and Stand Out and Into The Crowd and Follow just might. And you could stand here all day and say that The Rua sound like this and The Rua sound like that but it wouldn’t get you anywhere – you’d still be standing up and singing.

Rua means essence of a group – or at least, “we found a meaning from the Hebrew word Ruah with an h at the end and we really liked it but we didn’t like the h” – and the essence of The Rua are all members of the same family: 22 year old year old chanteuse Roseanna Brown provides voice and guitar, 24 year old Alanna Brown is responsible for piano and backing vocals and 19 year old Jonathan Brown plays violin and guitar and provides vocals and backing vocals. Of course, a further investigation of rua reveals that the word has a myriad of Gaelic connections and certainly the band have Irish blood flowing through their collective veins. Having said that, The Rua all live in the same house near Windsor, England and yes, you guessed it, they’ve spent most New Year and Xmas holidays back in the Emerald Isle. And, no, they’re not the new Monkees.

Aside from the fact they all live together, The Rua also have a theatrical background: Alanna has appeared in the film Closer as well as no less than four Harry Potter movies whilst all of them appeared in Stormbreaker and Roseanna – who’s appeared in three Harry Potter films – also appeared in Snow White and The Huntsman and the Thor movie.  And perhaps if we also mentioned that Jonathan appeared in one of the Harry Potters (as well as Dark Shadows) then we can understand why you might want to refer to them as HP4, HP3 and HP1. But we’re not going to do this. Ever. 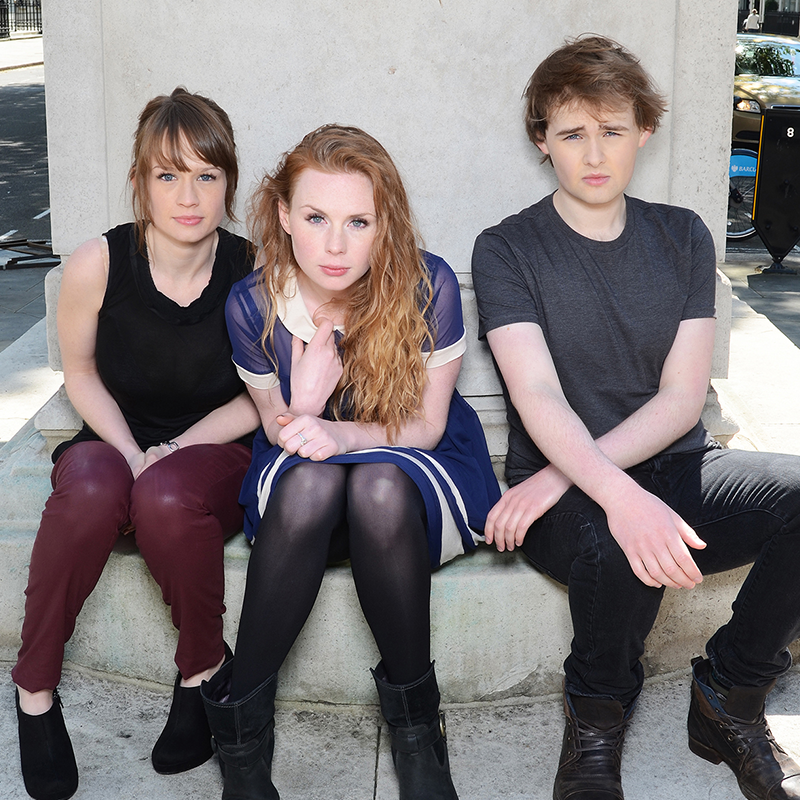 The Rua are all classically trained – pianists, violinists, singers – and their membership of many established choirs means that they “have a standard and always listen to each other.” Roseanna has a degree in Music from Royal Holloway  – although all studied music at A Level and Alanna has a degree and Masters in Science – but before you start thinking that this must be some kind of operatic outfit let’s get one thing clear: The Rua are an outlandishly-epic, indie version of bands like Fleetwood Mac and The Cranberries and the kind of band that hits the Coldplay/Snow Patrol nerve before you’ve even gotten as far as their exceptional choruses. So yes, we have to say it: they’re going to sell millions.

And so to the songs  – which are all co-written  – on the band’s debut album Essence: opener Fight For What’s Right is about “having a belief and letting people know you’re going to stick to it”; the colossal Stand Out is about a family friend who sadly died but throughout her illness selflessly encouraged the Brown enfants to be themselves and follow their dreams; Without You is about being independent and knowing that you can trust in yourself to get on with your own life; Into The Crowd is about those that surprise you in ways that you wouldn’t think possible; and best of all, Follow, is a song about letting go of others who want to follow another path and, perhaps, if you will, a The Rua version of Fleetwood Mac’s ‘Go Your Own Way.’

In an era where manufactured pop is considered to be the height of creative ambition, a band like The Rua might be considered something of an anachronism. Except, of course, that if anything, The Rua beat the X Factor wannabes at their own game: they craft beautiful and epic tunes out of their own non-artificial artfulness. Live and on record the band are completed by ex Blondie bassist Nigel Harrison – co-writer of One Way Or Another and Union City Blues amongst other Blondie gems  – and Portishead drummer Clive Deamer who’s also drummed with Radiohead, Roni Size and Siouxsie Sioux amongst others. Naturally, apart from absolutely destroying the average age of the band, they provide a unique, possibly symbiotic backdrop to this essential rock group – a band you’re going to remember for a long, long time. The band’s debut album Essence will be released in September 2014.